One of Our Nation’s First Roads of Remembrance

July 28, 1914, marked the start of World War I, one of the largest wars in history. During the war, the United States alone deployed more than 4 million military personnel – roughly the number of people residing today in Tampa, St. Petersburg, Clearwater, Brandon, North Port, Bradenton, Sarasota, Homosassa Springs, Lakeland, Winter Haven, and the surrounding areas of the Greater Tampa Bay Region.

Across the world, more than 9 million combatants lost their lives. One hundred and ten thousand U.S. soldiers did not return, including one hundred and six veterans from Hillsborough County.

While war ravaged overseas, other changes were also taking place at home. The automobile and its roadways stood at the center of many of these changes. Ford’s Model T offered the first affordable automobile for middle-class families. Its rapid gain in popularity brought people together, facilitated commerce, and provided new leisure opportunities. 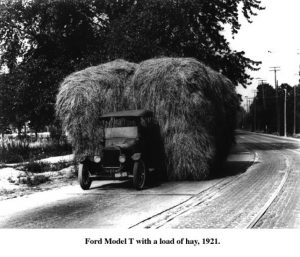 Shortly after the end of the war, the Rotary Club of Tampa began work on a groundbreaking idea at the time – to honor our veterans with one of the first Roads of Remembrance in the United States. Grand Central Boulevard, a fifteen-mile stretch of road that served as the first passageway from south Tampa to the Pinellas county line, was renamed Memorial Highway. Dana Shores Drive was, at that time, part of this roadway. 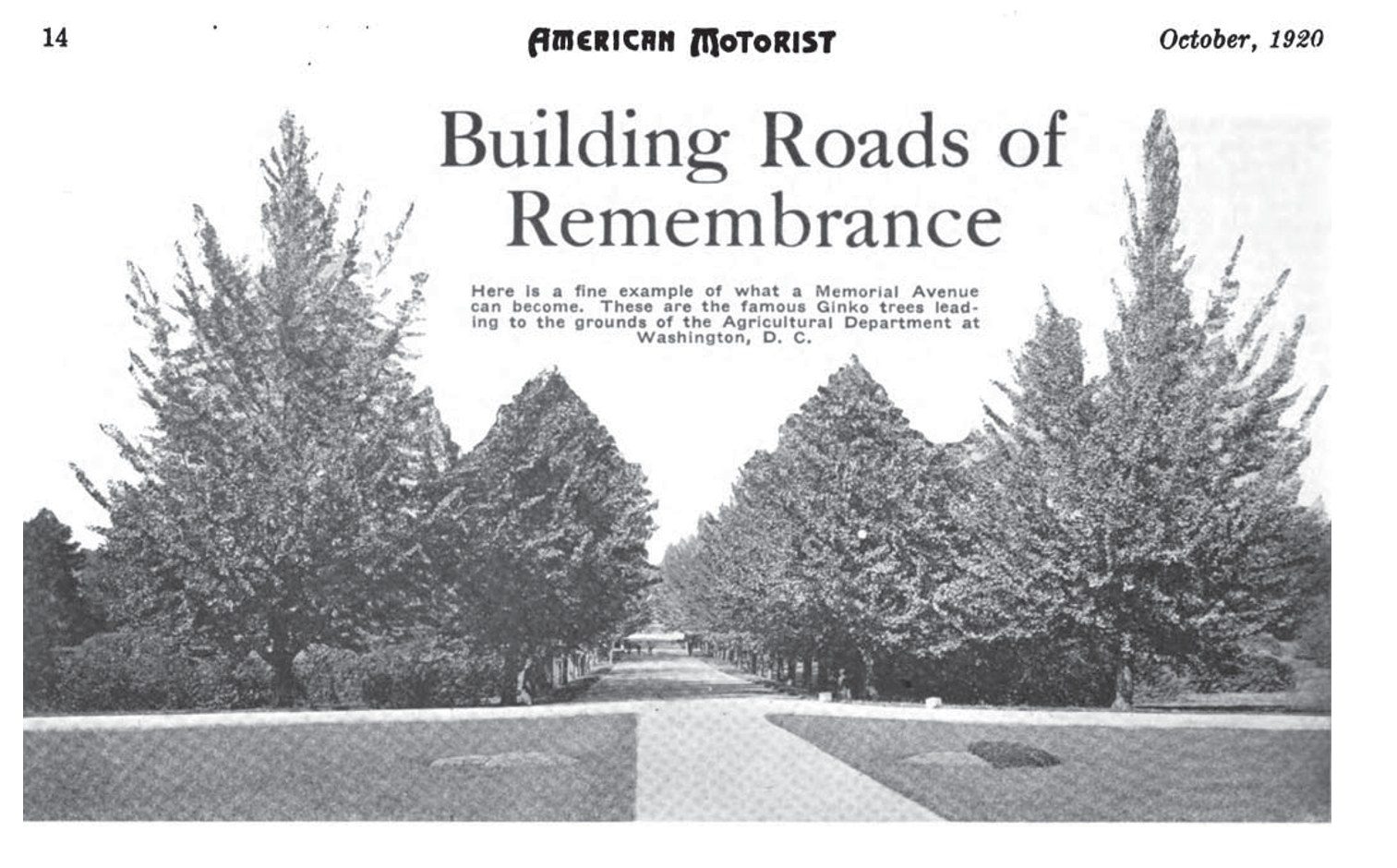 Rotarians planted oaks and oleander along the road’s edge and held a dedication ceremony on January 2, 1921. Among the many messages shared that day, the American Forestry Association president declared,   “May these trees you dedicated on the first Road of Remembrance in the United States live as long as the memory of the 106 you so finely honor.” 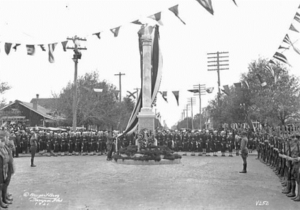 In addition to planting trees and oleanders, Rotarians designed two identical monuments of marble and granite and erected them at each end of the roadway. Each monument listed the names of the 106 fallen soldiers. 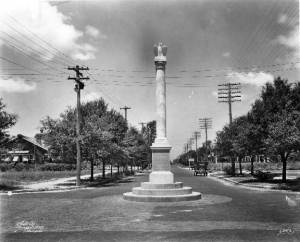 With its rich historical significance, oaks, flowering oleanders, nearby waterways, and new pavement, Memorial Highway became a popular location for Sunday outings in the early 1920s. 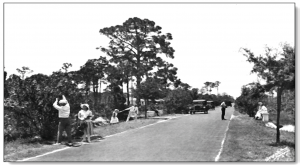 As the living monument grew, Dana Shores became well known for its beautiful, lush tree canopy. The tunnel of branches and oak leaves provided shady retreat to both residents and motorists. 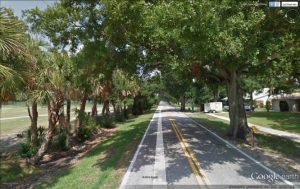 In remembrance and honor of the 106 soldiers who made the ultimate sacrifice, residents of Dana Shores and Pelican Island have assumed ownership for the living memorial along Dana Shores Drive. This effort has called for several large-scale replanting projects since many of the original oaks have died or been removed over the last one hundred years. Dana Shores partnered with Boy Scout Troop No. 215 in May 1993 to plant twenty-five replacement oaks. Fifteen more oaks were planted by residents in August 2013 and, in keeping with tradition, oleander once again line our entryways. 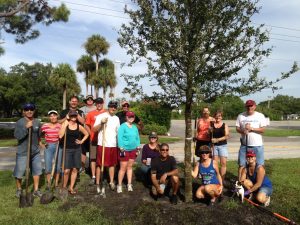 Today, we continue our work to provide a living memorial worthy of its heroes. Our associations maintain the flower beds and regularly prune the oaks along the residential right of way. Work is underway to bury the aerial utilities along this roadway, which will allow us to grow and preserve the natural tree canopy. Special thanks are owed to the Dana Shores Civic Association, the Dana Shores Women’s Club, Pelican Island Property Owners Association, Southern Florida Landscaping, Rocky Point Golf Course, TECO, Hillsborough County Board of County Commissioners, and our many neighborhood volunteers for their unwavering support. 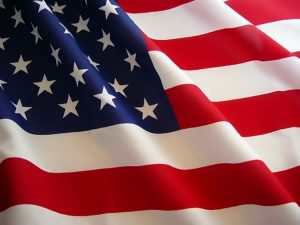